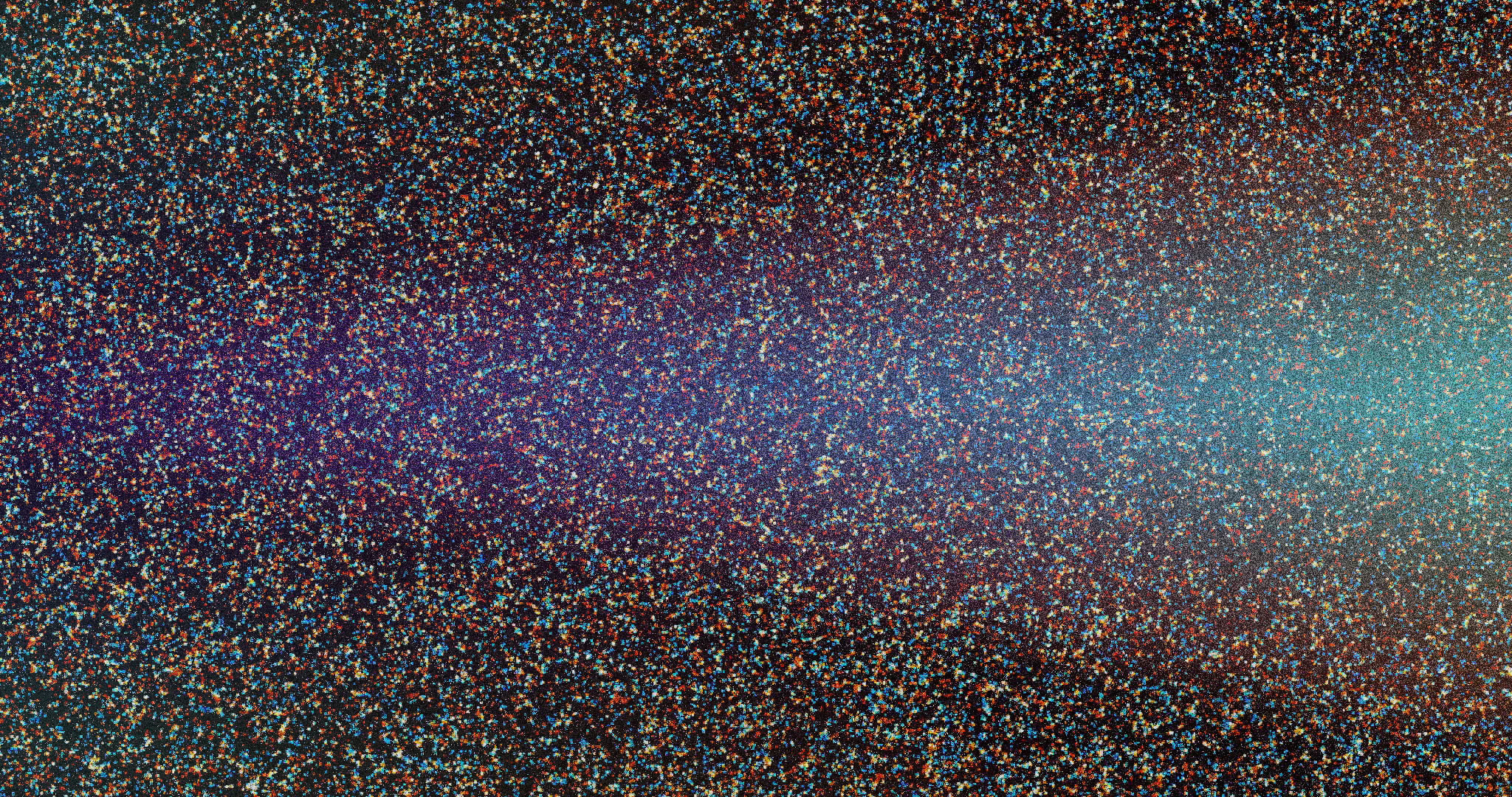 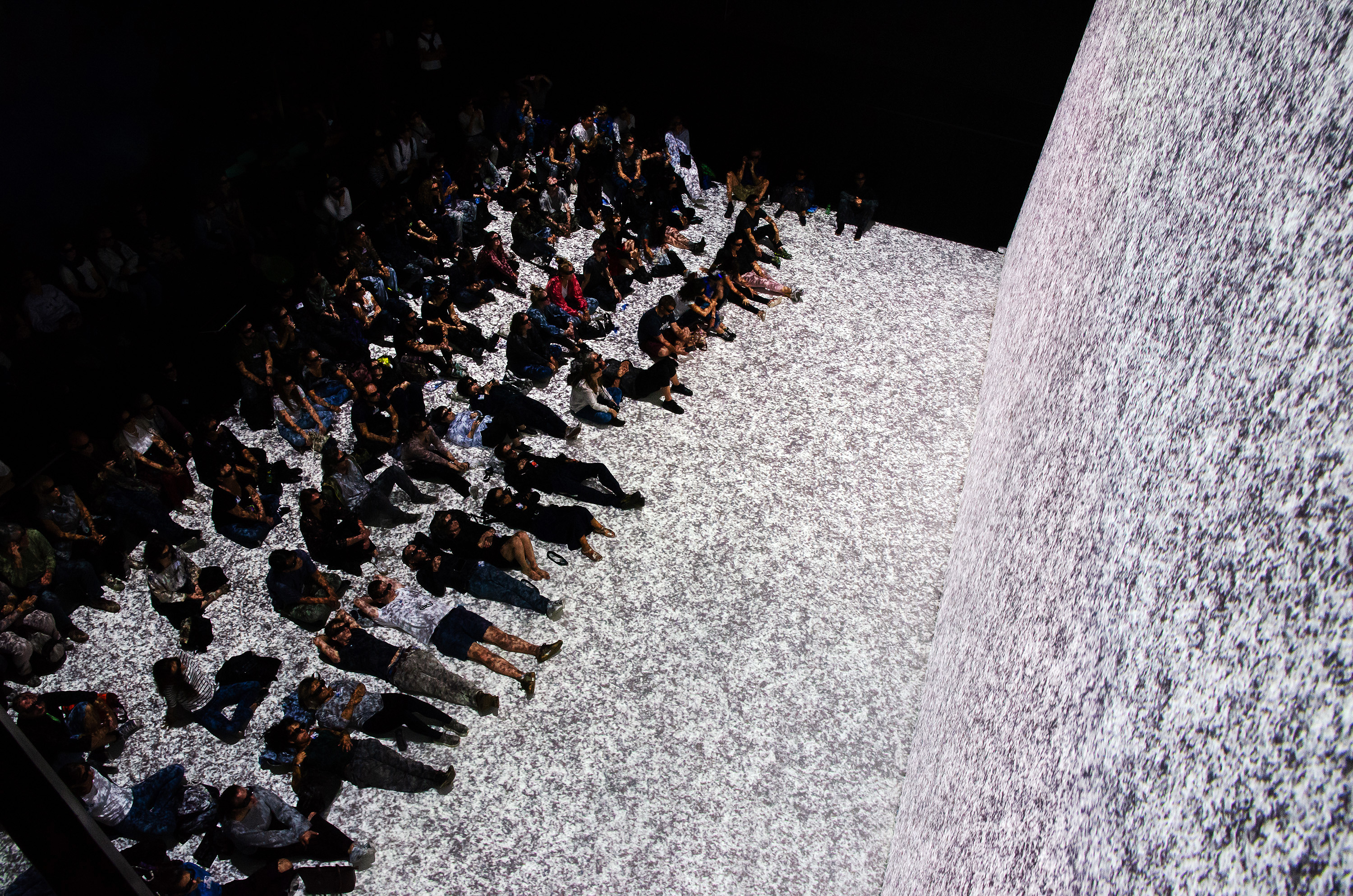 12’40’’ Stereoscopic, Quadrophonic
This is a dance between your brain and the world. A hallucinatory figure of information that speaks on the threshold of being. We are bathed in interferences from sensual data to what might be out there. We will go to another land, we will try another sea. One plus one equals three.

In a certain way, the stereoscopic image produced here, of abstract, moving information, is a remarkable test for perception. Since there is no distinct body in the space, also no object fixation takes place; our habitual seeing becomes inadequate. Already the first cut — a demonstratively implemented ubiquitous static — allows the moving picture to lift from the screen; there is no longer any dependence on the projection’s carrier surface, all visual data vibrate at a certain distance, an in between. Whereas narrative 3D cinema presumes the perceptual difference of a stable background and the depths of the bodies lifted out from it; here, an emancipation from natural object perception takes place. This stream of ambiguous visual material’s ontological status is somewhere between gas- and water-shaped. Rainer Kohlberger programs both channels differently, places a visual incoherence at the origin of the images, provokes a ›binocular rivalry.‹ Our perception apparatus no longer applies a statistically calculable synthesis, does not generate a powerful third element (the ›depth‹) but instead produces, as the title also heralds, a capricious ›more‹ from the structural ambivalence. A more that generates restlessness, even the geometric figures no longer create certainty for the order of the space. All attempts fail to locate these images interpretively. The demand for a uniform-coherent form (of the nation state, the everyday objects, or images) is rejected with the indication that coherence should always be a readiness to admit every interregnum of form, no matter how unknown or strange. (Text: Marc Ries, Translation: Lisa Rosenblatt)