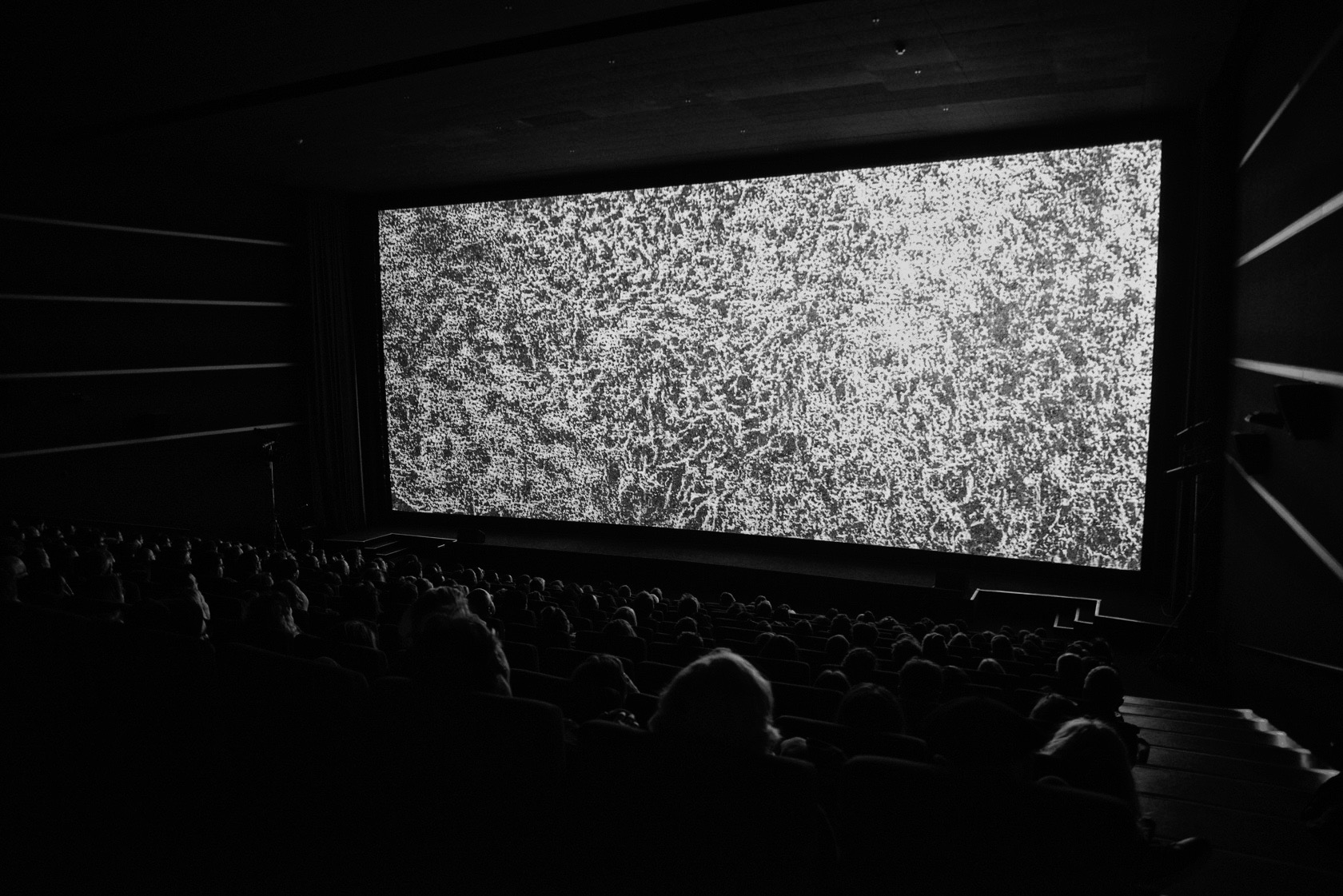 Rainer Kohlberger´s eight-minute film keep that dream burning begins with extremely fine black-and-white particles that flutter across the screen. Coagulating into rough structures, they transform into a storm of jagged artifacts and steadily changing spots of light. With the introduction of the flicker effect, the floating electronic sound turns into a piercing rhythmic wafting and comes to rest towards the end – to the image of a black hole subtly growing deeper and deeper. Concrete object and events continually materialize from the active particles: dispersing debris, fireballs, and smoke barely evoke images of explosions familiar from action films, before disappearing again in static.

The static in Kohlberger´s work packs a punch. The term white noise describes the continuous overlay of different tone frequencies across broad areas of the audible spectrum. The white noise of an analog television, also known as “snow,” appears when the device is not receiving any antenna signal: an image of constant movement without legible information. In Don DeLillo´s 1984 novel White Noise, this state of vacant communication serves as a metaphor for inflated consumer culture and manmade catastrophes, as well as for the search for undefined energies. Whereas DeLillo draws a scenario that transcends real experiences (similar to those of a child) beyond medial simulations, Kohlberger enters the now independent machine, which he positions to learn and apply transformations of images in accordance with his aesthetic guidelines.

On the one hand, keep that dream burning points to the increasing use of algorithms to produce resounding movements, such as fire or water, in big cinema´s special effects, while on the other hand, the “old” world breaks apart here: The genesis of a digital aesthetic, whose developmental processes are increasingly less “understandable” for humans, takes place before our intoxicated eyes. (Florian Wüst)